Beta Alanine: Breaking it Down 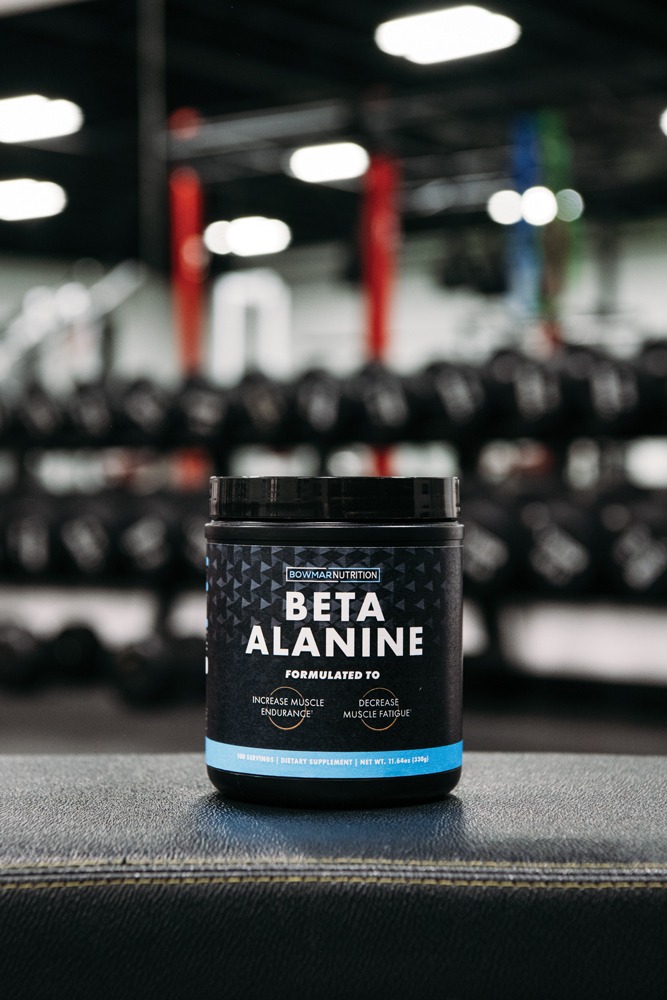 When we (Bowmar Nutrition), first launched our PRE workout in March of 2019, the formula was different than what it is now. You can find the breakdown of the differences here. We removed ingredients and added a few when we revamped our formula a year later. There was nothing wrong with the original formula, but we thought we could do better (with fewer stimulants).

That being said, we launched a new RAWS line about six months ago. The idea of the RAWs line is to allow the consumer to add additional ingredients to our PRE that others may not want in their formula. For example, we removed beta-alanine from our original formula because it can cause itchiness or tingles in the skin (completely common and does go away over time). However, many people do not like the feeling. We removed the ingredient but understand the benefits of having this ingredient in a PRE so it is the newest product in our RAW line. The best part? You can add it on top of our current PRE formula and nothing is counterproductive. It is the best of both worlds- those who don’t like it, don’t have it in our formula. Those who like it- can now add it on top of our amazing PRE formula.

The RAWS line is basically a way to create a custom PRE for YOU! Let’s break down beta-alanine! I also have several published medical journals linked as well if you would like to dive deeper into this ingredient!

What It Is and What It Does

Beta-alanine is a non-essential amino acid. However, unlike other amino acids, it is not used by our body to synthesize protein. Along with histidine (another amino acid), carnosine is produced. Carnosine is a molecule that is stored in your muscles (link). During exercise, carnosine reduces lactic acid accumulation which can lead to improved training performance (link).

Beta-alanine levels are low in your muscle while histidine levels are high, which can limit the production of carnosine (link). Consuming beta-alanine in a supplement / powder form has been proven to elevate carnosine levels in muscles by 80% (link).

Carnosine is vital during training and it behaves in the following way:

As you can see from the above, carnosine is vital in endurance and performance. As beta-alanine supplements increase those levels, it may help your muscles reduce their acid levels during training, therefore, reducing fatigue and burnout.

As we learned above, beta-alanine improves training and performance by fatigue reduction and increased endurance. Many studies have proven it helps increase the athlete’s TTE (time to exhaustion). One study looked at cyclists and after four weeks, total work output increased 13% (link).

Acidity within your muscles during exercise limits performance and high-intensity exercise. By supplementing with beta-alanine and reducing the acidity, it directly improves high intensity and short duration exercise. This study confirms six weeks of taking beta-alanine increased TTE (time to exhaustion) by 19% during training (link).

During resistance training (weight lifting), it has been proven to boost training volume and reduce muscle fatigue (link).

A daily dose of Bowmar Nutrition beta-alanine can be taken any time of day. Many users will simply add it to their PRE! The recommended dosage is 2-5g per day and ours is 3.2g!

Why Am I Itchy?

Taking beta-alanine may cause paresthesia which is a tingly / itchy feeling, usually in the face, lips, ears, and hands. It is nothing to be concerned with and as mentioned, usually goes away in time. It is recommended to start with 1g of beta-alanine for several days, increase to 2g for several days, and then do a full serving in 1-2 weeks. It is recommended to take on rest days as well.

I hope this blog helped in your understanding of this ingredient! It is tasteless, colorless, and odorless and can be added to any drink!