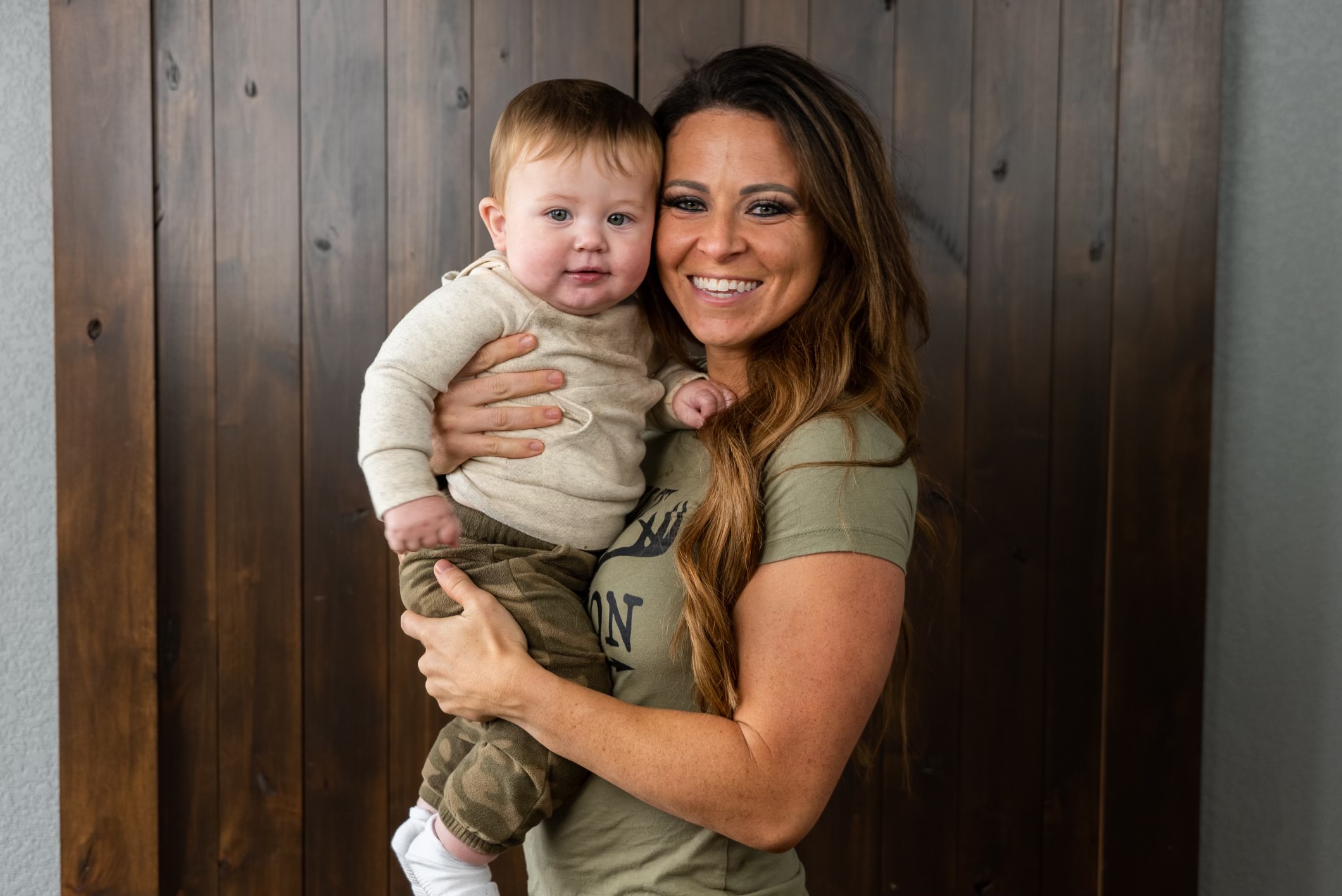 I wanted to share this blog because life gets hectic, details become fuzzy, and infant / child sleep is obviously a huge passion of mine. Here’s the status of my son’s ENT and adenoid journey thus far.

Dean was born in March and is 5 months old at the time of writing this blog. Since being born, his sleep has been choppy. I will say that neither of my children have been great nappers, neither were my husband and I. That is beside the point, “short” naps are fine as long as baby wakes up happy- don’t fret about that moms and dads. My concern was him waking every few hours, every single night, extremely congested. I will also say that frequent night wakings are NORMAL in at least the first year of life- night wakings are meant to reduce SIDS. I am not trying to make my child sleep through the night, that isn’t even a real thing. My upmost concern was how stuffy he was and his open mouth breathing (while sleeping on his back, when he tummy sleeps, he does not open mouth breathe).

This is not medical advice. Please consult with your child’s doctors / specialists. This blog IS NOT MEDICAL ADVICE.

When I tell you we tried everything, I mean we tried literally everything. From a humidifier with filtered water, elevating his bassinet slightly (per the ENT and pediatrician), ruled out the need for tongue tie revision from three specialists, regular chiropractor adjustments, switching formulas, probiotic drops, cod liver oil at night, different sheets (trying to rule out an allergy), saline nose spray every time he woke up at night, steam baths before bed, soothing ointment on chest and feet, etc etc (on top of his regular bedtime routine things such as magnesium baths, lotions, etc that I would be doing regardless of his congestion). The stuffiness was also occurring when we were traveling, in different climates, with different allergens all around.

The only thing I could think of was to schedule an appointment with an ENT to have a specialist’s opinion on the situation. His first appointment was at the beginning of August in which the doctor listened to his symptoms, everything I had tried, and what our possible options were. He said it was most likely swollen adenoids and we needed to have him scoped by the pediatrician ENT. Today, a few weeks later, he had his scope. What an awful thing to have to witness with that tiny tube going into his nose while the doctor looked at his adenoids.

Fortunately, and unfortunately, his adenoids are not enlarged nor swollen. The doctor (which I love), said that he does not like to medicate children if they don’t have to be. As he does not have consistent spit up after feedings and clearly no issues with gaining weight (21 lbs at 5 months) and no development delays (he’s already sitting and starting to crawl), he said he may just grow out of it as he grows up. We are going to re-eveluate in a few months and if the spit up becomes consistent or frequent, we may try a medication. The only suggestion he had for me today was to continue to try different formulas so that is what I am planning on and ordering as we speak.

Fingers crossed the little guy starts getting better sleep and stops waking up so congested.

I also would like to point out that ADHD and ADD are often times VERY misdiagnosed and many times the behavior “problems” could be solved by a visit to an ENT to rule out any sleep complications with the child. This is why I am so passionate about child sleep- it has such a trickle effect on every aspect of life and there are so many options to explore before medicating a child. This is not to shame anyone, it isn’t talked about hardly at all and I hope to change that!

September 9, 2022 Update: I have been using a new formula that was highly recommended by the ENT and a few of my followers on Instagram. I spent over $300 for a 4 week supply as it can sometimes take that long to see a shift if there’s an allergy. Nothing changed. If anything, he is stuffier at night now. We will be going back to the other formula as there hasn’t been any positive changes. I will say though that despite the stuffiness, he would still be waking up at night as he goes through almost 20oz between the time I put him down to the time he gets up in the morning. At the moment he is waking up twice a night and eating each time.

November 16, 2022 Update: Dean is now 8 months old. Over the last few weeks, he has become less interested in co-sleeping so we decided to completely transition him to his pack n play for all nighttime sleep. This meant getting up more frequently (obviously) as he wasn’t in bed with us anymore. I do feel that over the last month, I was waking him up by sleeping next to him. We started using a vibrating pad under his sheet that seems to help him. It’s app controlled and I set it on the lowest “heartbeat” setting for 30 minutes and then it shuts off. It makes transferring much easier and it seems to help him sleep longer stretches even after it is turned off. Additionally, with doctors approval, we are diffusing a combination of peppermint and eucalyptus at night. I know there are contradicting sources of information on oils and babies so please- use your own discretion when deciding if it’s right for you and your family.

Last week, we moved Dean into his own room and he is sleeping much, much better at night. He is still in his pack n play until we move Oakley out of the crib and into a big bed. I have touched on this several times on my parenting instagram page but I do feel like I was waking him up in between sleep cycles which is why he struggled so much to go back down. Now that he is in his own room, by the time I hear him, assess if he needs me or not, and make my way to his room- he’s almost always back to sleep. He still needs me 1-2 times between bedtime and waking up for the morning but that is a massive improvement compared to waking up 6-8 times a night. Fingers crossed this momentum continues but if not, that’s ok too as I know sleep isn’t linear.